At Mason-McBride, we are proud to have a team of dedicated, passionate, and knowledgeable individuals preserving our principles for best-in-class service. Our expert team has eliminated risk uncertainty with comprehensive insurance solutions for more than a century. Our team takes pride in our shared belief of doing right by the employee, the client, and the community.

For 35 years, Mike has provided strategic advice and counsel to clients at Mason-McBride. As industry liaison, Mike utilizes his education and experience to implement the best resources for success.

A graduate from Ferris State University with a BS in Insurance, Mike furthered his education at the University of Detroit Law School where he earned his Juris Doctor degree.

Outside of the office, Mike enjoys hunting, fishing, hiking, and reading.

“The best time to plant a tree is twenty years ago. The second best time is today.” -Chinese Proverb 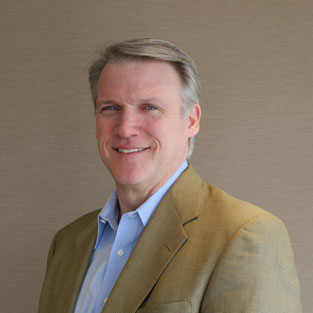 Scott has been with Mason-McBride for 30 years and as Secretary/Treasurer, he is in charge of producing and operations. He received his BS in Insurance from Ferris State University before starting a successful career in the insurance industry.

Scott is a certified and licensed insurance counselor and is a licensed excess and surplus lines producer. He is also the current national director to Independent Insurance Agents and Brokers of America.

"It is better to fail in originality than to succeed in imitation." -Herman Melville

Jamie has been with Mason-McBride, Inc. for more than 13 years. As Senior Vice President, Jamie focuses on sales and marketing leadership throughout the company.

He began his education at Oakland University where he later spent 12 years with Sedgwick James in Detroit and Memphis, Tennessee.

After spending 5 years with Meadowbrook Insurance Group, Jamie opened the Detroit office for Summit Global Partners and later created the Summit Risk Management group, which merged with Mason-McBride in 2006.

For 31 years, Amy has been responsible for client acquisition and retention of life and health benefits clients at Mason-McBride.

She earned her BBS in Business Administration and AAS in Insurance from Ferris State University. Amy is decorated with numerous certifications and licenses including: Property and Casualty license, Life/Health license, and a certification as an Insurance Counselor.

She is the first female and youngest president of the Michigan Association of Insurance Agents.

In her free time, Amy loves to golf and ski!

For 45 years, Tom has been a key contributor to Mason-McBride’s success. As Senior Vice President, he analyzes customer operations and customizes a risk management program that will help protect them. Tom is a graduate of Wayne State’s School of Business with a Bachelor of Science degree.

Additionally, he keeps busy with his 5 grandchildren and enjoys bowling, hunting, and golfing.

“If you are going through hell, keep going.” -Winston Churchill

Leslie has been a key piece in Mason-McBride’s success since she joined the team 23 years ago. As Controller, Leslie is in charge of office financials, internet technology, and overall office operations. She received her BS in Business Administration from Central Michigan University.

In her spare time, Leslie enjoys spending time with her husband at their Northern Michigan cottage. There, they ride their 4 wheelers and dirt bikes! She also loves live music (rock especially), so she regularly attends concerts of any genre.

Amy focuses on staff training, customer service, account management, and the deployment of policies and procedures. She began her insurance career as a Marketing and Sales Director where she also held the role of event planning. From there, she moved into a full time Sales Executive role then on to Personal Lines Department manager when she joined Mason-McBride in 2016.

When she’s not busy in the office, she loves spending time with her husband and four children. Amy’s passion is the general well-being of people. At Mason-McBride, she gets to live her passion by working with and helping the lives of our clients.

“I wish you enough. Of love. And dreams. Of Hope and Courage.” -Unknown

As an Executive Producer, Jeff helps clients identify commercial risks in their business environment to mitigate and avoid losses. He received his undergraduate degree in Insurance and Risk Management and also has his CIC and AAI licenses.

Outside of the office Jeff enjoys playing squash, golfing, and loves to travel!

“The best protection, starts with a strong risk-management program.”

Mickayla works with our Personal Lines clients to coordinate new policies, renewal policies, policy changes, and other insurance needs for our clients.

She is a Wayne State University Alum and earned her Property and Casualty insurance license in 2017 when she started working at Mason-McBride. She began her career in the Group Benefits Department and has moved into the Personal Lines Department as an Account Manager. In 2018, Mickayla also earned her Life and Health license.

Outside of the office, she loves spending time with her dog Calypso and going to the gym. Mickayla also has a photographic memory which has helped her throughout her education and career!

Karly is very excited to be of assistance to our personal lines clients, helping them with new policies, renewals, and policy changes. Prior to joining the Mason-McBride team in 2019, Karly has more than 15 years in customer service and customer retention.

In her spare time, Karly enjoys working with animals and she's a volunteer at local animal shelters. When she's not hanging out with furry friends, she loves the outdoors as well as hiking and exploring all of northern Michigan.

Sean works with our personal insurance clients, helping them with new coverage, renewals, and policy changes.

Sean is a personable and accomplished professional who began his career at a captive agency. The decision to switch to an independent agency was driven by his desire to guide clients to the best opportunities available. As Personal Lines Account Manager, Sean commits himself to work in the best interest of his clients.

Away from the office, he enjoys playing golf and basketball. Sean is an avid traveler. When he's not eating his way through Europe with his family, he enjoys spending summers on the lakes of Northern Michigan. Sean enjoys attending live music performances and listening to all types of music "minus pop."

“Seize the day before it seizes you.” – John Piantanida

Tamya has a background in education and working at a franchise. If you have visited our office, you may recognize Tamya - she started at Mason-McBride as our Receptionist!

Carrie has years of experience working in athletic fields, coaching gymnastics for 20 years, bringing out the best in her students.  She was also a Program Director for a large Michigan gymnastics club.

In her free time, Carrie and her husband enjoy camping and hiking, especially in Michigan's upper peninsula.  She also enjoys exercising, running, and taking Henry, her Beagle/Jack Russell mix for walks in the woods.

Carrie will be training for the Detroit Marathon this year (if it isn't canceled due to covid) and looks forward to her husband, 2 daughters, son-in-law, and grandson cheering her on!

"In every walk with nature one receives far more than he seeks."  - John Muir

Ciearra has years of experience in healthcare and customer service. As the Benefits Research Specialist for Mason-McBride, Cierra’s background in the industry has allowed her to develop and implement effective techniques to provide automated solutions for clients.

When not at the office, Cierra enjoys romance novels, drawing, and spending time with animals, especially her dog Foxy and cat Milo. Cierra finds joy in playing basketball and is incredibly passionate about animal welfare.

Casey has 20+ years of experience in Marketing. She was Director of Marketing & IT for a prominent Michigan gymnastics club before working for a marketing agency. Casey is fascinated by the world of online marketing, and to this day, she continues her education in the ever-changing digital landscape.

Outside of work, Casey loves reading biographies, listening to tech podcasts, and traveling to new parts of the world. Casey enjoys live music and taking Romeo, her rescue dog, on road trips. Casey is obsessed with roller skating and her favorite holiday is March Madness.

“The credit belongs to the man in the arena.” - Theodore Roosevelt.